What does Hindu Dharma say about Reincarnation? – 108 House

What does Hindu Dharma say about Reincarnation?

The concept of Sanatana Dharma and reincarnation might just have the same birth date. For those indulged in religion, reincarnation is a theological doctrine. It’s a fact for most of the Hindus. There is certain evidence that supports the claims of reincarnation. But mostly, they can be categorized into two: i. jatismaras – the people who can remember their past, and ii. The testimonies in different scriptures and saints.

Most of the references to reincarnation come from the Hindu literature. If one reads the Bhagavad Gita, Sri Krishna says to his student Arjuna, “Arjuna, both you and I were born many times in the past. You do no remember those births, but I remember them all.” Here, Sri Krishna can be labelled as the Jatismara. 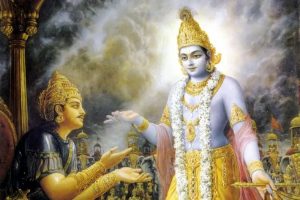 As things have gone by, both believers and non-believers of reincarnation have shown rare traits of remembering their past lives. The numbers are quite small. However, the claims have been investigated and verified a number of times.

The Ultimate Question: Why do we Reincarnate?

According to Hindu dharma, when people die, there are unfulfilled desires that are primarily responsible for our rebirth. However, to truly understand it, one must understand the Hindu perspectives about death and life after death.

Hindu dharma says that there are two forms of human bodies: the gross and the subtle. When we talk about the gross body, it actually refers to the physical body. The subtle body refers to the mind, intellect, the sense organs, and the vital energy. Considering the sense organs, our eyes, ears, skins, tongue, nose are not the real sensory organs, according to Hindu dharma. Rather, they are the tools used by the sense of sight, hearing, feeling, tasting and smelling to establish a connection to the external world.

Death and the Lokas – the Different Planes of Existence

The Hindu doctrine explains that when a person dies, the gross body is left behind while the subtle body travels to a different plane of existence. This plane of existence is called Loka in Sanskrit. The three common Lokas according to Hindu dharma are Swarga, Martya, and Patala. There are innumerable planes of existence. All of the other lokas have the same space in relation to the earth plane – Bhurloka. 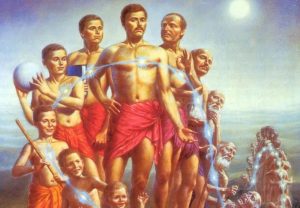 Others talk about various other lokas: Satyaloka, Tapoloka, Maharloka, Janaloka, Swarloka, Bhuvarloka, Bhurloka, Atalaloka, Vitalaloka, Sutalaloka, Rasatalaloka, Talatalaloka, Mahatalaloka, and Patalaloka. These are the only selective list and not an exhaustive one since the number of lokas are infinite.     The higher and lower lokas are compared to Bhurloka. Hindus claim that the higher lokas are spiritually blissed, while the lower lokas are filled with suffering. The spiritual bliss and the sufferings can only be experienced by the subtle body. If the subtle body is pure, then they travel to higher lokas. Otherwise, they travel to the lower lokas. The pureness is measured by the level of their karma.

When people have extremely strong desires which then go unfulfilled as they leave, their mind or the subtle body as they travel to another world strongly yearn to fulfil those desires. As part of the process, those desires will bring them back to earth, thus leading to rebirth or incarnation.

Let’s take an analogy to understand this better. Say you are extremely fond of a very lavish dish that’s exclusively served only on one restaurant that is an hour drive away from you. When you keep thinking about and yearning for the dish, it drives you one day to get in your car and drive an hour to just get that dish. Same is the urge for the departed souls who try to fulfil their desires on earth and thus brings them back to the earth.

An Opportunity for Spiritual Progress

Reincarnation provides us the opportunity to evolve in the spiritual world as we undergo several incarnations. When the acme of spiritual progress is reached, we realize God and go beyond all the other desires. The soul can even transmigrate, according to Hindu dharma. Until liberation or moksha, it is normal for a soul to progress through several reincarnations. There are even times when a soul might undergo very bad karma, and when that works out, the soul can incarnate again to go through the gradual spiritual evolution.

Evolution of species and reincarnation

Most argue that if we are to believe the doctrine of reincarnation, then the number of human beings on earth should have decreased, rather than increased since many souls reach moksha and are liberated that they do not even reincarnate. However, each human soul can reincarnate as subhuman beings in the course of evolution. As such, human beings can increase in number. Be it the human soul or the subhuman soul, divinity exists in all. Else, the idea of God’s omnipresence is violated.

The Vedas – Origin and Brief Description of 4 Vedas

Brahma Muhurta – Best Time To Wake Up In The Morning