One of the most discussed and debated questions throughout known history have been related to the existence of man, world and God. Many theories have been put forward throughout the world ranging from denial of God to the denial of Man. The former accept only the Physical reality of the Universe and the latter condemn those who question the reality of God. It is only in the scriptures of Hindu religion, does one find not only an acceptance of existence of the God and Man but also an exposition equating the both.  Hindu philosophies explain that to understand cosmos, it is very important to first understand the frame of reference from which the Cosmos is being perceived. The scriptures speak about two different frames of references to understand the relationship between the Man, the world and the God.

They are the Vyavaharika state and the Paramarthika State.  The Vyavaharika state refers to the Dual (Dwaita) state of reference. Most people understand the Universe from this plane. They perceive the duality of object and the subject. There is the world (Jagat) and there is Individual (Jiva) and the God (Ishwara) all separate. The Paramarthika state refers to the Absolute Non-dual (Advaita) state of reference, where only Brahman/Atman is. There is no difference between God or Individual or the world. The former is a temporary and relative state of existence whereas the latter is the absolute-permanent state of existence.  Sage Yajnavalkya while discussing with his wife Maitreyi about the nature of this Cosmos says(1)-”yatra hi dvaitam iva bhavati, tad itara itaraṁ jighrati, tad itara itaram paśyati, tad itara itaram śrṇoti, tad itara itaram abhivadati, tad itara itaram manute, tad itara itaraṁ vijᾱnᾱti. yatra tv asya sarvam ᾱtmᾱivᾱbhῡt, tat kena kaṁ jighret, tat kena kam paśyet, tat kena kaṁ śṛṇuyat, tat kena kam abhivadet, tat kena kam manvīta, tat kena kaṁ vijᾱnīyᾱt?”  It means “Where the Duality is present, there one can smell the fragrance, one can speak to others, one can listen to others, one will pay respect to others, and one can think and understand. But, where there is only Atman everywhere, what will he smell? Whom will he ask? What will he listen to? Whom will he pay respect to? What will he think about and understand?”  The first part of the address refers to the Vyavaharika state. Here, the God, Man and the world are separate things. God is the creator of the World. The individual Jiva is the Worshipper and the God is the worshipped. The Man is the subject and the world is the object. Hence, the man experiences the sensory objects. He can see, hear, taste, smell and feel the touch. He is subject to both the pains and pleasures of the sensory world. The second part of the Yajnavalkya’s address beautifully captures the essence of Paramartika state. In the absolute state of Non-duality, no question of a Second arises. When the object and subject have merged together, what remains to be perceived? The Knower and the Known have become one in this state. “Yatra tv asya sarvam atmaivabhut”- where only atman pervades everything, there is no creature and no creation. The same Brhad Aranyaka Upanishad says in another place “neha nanasti kinchana(2)”- There exists nothing else anywhere (other than Brahman)”. 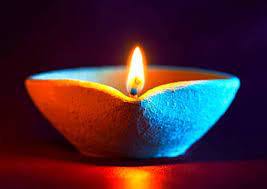 In this state there is neither Dukha-pains nor Sukha-pleasures, only Anand-Bliss exists. But only a theoretical understanding of this concept of two realities will lead to blind faith and false ego.  When people read the statement “Brahmo Satyam, Jagat Mithyam, Jivo Brahmaiva Na Paraha”, many misunderstand it. They wonder, how can the God which is not visible is Real/Truth and the world which is visible is Unreal/Falsehood? Further, they question how can an Individual be same as God? Many people feel the equating of Man with God is another way of denying the existence of God. But, these assumptions are far from truth. When it is said, “Brahmo Satyam”, The Satyam here refers to the Eternal nature of existence of Brahman. Brahman being without beginning and hence without an end is Eternal. This is the absolute Truth (Satyam). On the other hand, the physical universe is in a continuous movement, where names and forms arise and die out. Hence, this world is not Eternal Truth I,e Mithyam.  Mithyam does not mean falsehood or Non-existence; it simply means “Temporary in nature”. Further, the equation of Jiva-Individual and Brahman-God mentioned in “Jivo Bramaiva Na paraha” is only from the Paramarthika frame of reference. In the world of dualities, Man and God are indeed different even though in essence they are same. In the absolute state, no duality of God and Man arises; the whole Existence is one, which we may call as Atmam or Brahman. But most people cannot realize the Paramarthika Satya beyond logical and rational speculations. 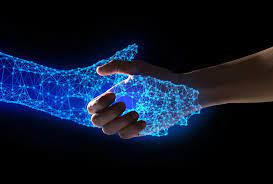 For proper understanding of Shastras, a seeker of Paramarthika Satya must develop qualities like Viveka, Vairagya, Indriya Nigraha, Titiksha, Shradha (3)etc. It is these qualities that take a person towards Satya-Sakshatkara and hence towards Moksha. The shastras says “Brahmvit Brahmeva Bhavati(4)”- The Knower of Brahman, verily becomes Brahman. All the sadhanas, the rituals like japa, homa and puja are all aimed at purifying the mind (chitta Shuddhi) of a sadhaka by which he can develop the above mentioned qualities. These qualities in-turn will enable a person to have Atma-sakshatkara (Self-realization) and hence Moksha (final Liberation).