The four paths of Yoga

Yoga is a very complex and very nuanced spiritual discipline. Since humans are very different from each other and have different approaches to spirituality, Yoga offers various ways to get closer and understand. Normally four main ways are considered, the so-called Four Paths of Yoga. They are: Bhakti Yoga, Karma Yoga, Raja Yoga and Jnana Yoga. We describe them briefly.

It is the Yoga of devotion, the most suitable Yoga for people where emotions prevail. It’s the Yoga in which we try to transform the most positive feelings, such as love, altruism, generosity, often aimed to a more or less restricted circle of people, family, friends, to all humanity and especially to the Divine. That is, transforming human love into prem, universal love.

The Yoga of action, understood as selfless service. Serving others without expecting any reward, no gratification has a great effect on our spiritual life. On the one hand it reduces our ego, on the other it gradually teaches us to see the Divine in every living being: humans, animals, plants, the planet that hosts us and the entire universe.

It is royal Yoga, the Yoga of psychic powers. It is the Yoga of self-control. We learn to control the body with the Asanas, then the breath with Pranayama, then the senses with Pratyahara, then the mind with concentration, Dharana, and when the concentration is really focused on a single point we get to real meditation , Dhyana.

The Yoga of wisdom, of knowledge. It is particularly suitable for people led to philosophical speculation and rationality. Properly practiced, following the instructions of the texts (one of the most important is certainly Yoga Vasishta), it leads to the vision of the Divine in everything and in every being, which is the ultimate goal of Yoga.

In addition to these four paths there are other related disciplines, such as Mantra Yoga, Nada Yoga, Kundalini Yoga etc., but these remain the fundamentals.

A mistake that many practitioners make is to think they can devote themselves to only one of these paths. In reality, the best thing to do is to practice all four courses, giving priority to the one for which you are most inclined by character, but without neglecting the other three. 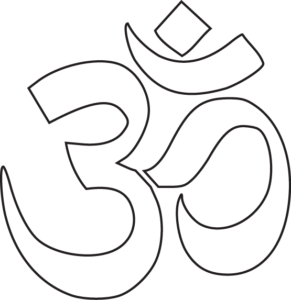 The 5 Points of Yoga