Yoga is a classical school of Indian philosophy: To understand the true nature of Yoga as a path of spiritual realization, it is necessary to have some small understanding of the six classical schools or systems of Indian philosophy, of which Yoga is one. By understanding Yoga in that context, it is easier to more fully delve into Yoga as the enlightenment practice that it actually is, rather than the mere physical fitness program it has come to be known as. The sincere seeker can then discriminate between authentic teachings and modern adaptations.

Yoga contains, or is built on other philosophies: It is important to note that the Yoga system contains, or is built on four of the other systems or schools of Indian philosophy (Nyaya, Vaisheshika, Mimasa, and Sankhya). In other words, it is not necessary to go into great depth into those as separate studies and practices. They are adequately incorporated into the Yoga system, from the standpoint of doing the practices. In addition, the Vedanta system is a practical companion to the Yoga system. It is also important to note that while there is not universal agreement, many consider the teachings of Buddha to be a seventh system or school of Indian philosophy, rather than a separate system, in that his methods come from the same root. Not surprisingly, it is mostly those who self identify as Buddhists who think of Buddha’s teachings as a totally separate system and not a seventh school of Indian philosophy.

Dates of these systems: The exact dates of formalizing the six systems are not known, as the studies were originally purely oral, since writing had not yet been created. However, estimates generally range from about 2,000-3,000 or more years ago. Some say the roots of these are as much as 5,000-10,000 years ago, or more. The absence of clear dates is also explained as coming from the fact that the practitioners were so focused on the timeless quality of higher truths that they simply didn’t care to record dates. 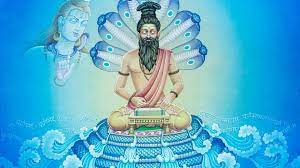 Practical methods for direct experience: Yoga systematically deals with all of the levels of one’s being, striving to experience the eternal center of consciousness. Yoga is best described in the Yoga Sutras and involves systematic witnessing of your inner states, so as to experientially go beyond all of them to the center of consciousness. Yoga is often called Sankhya-Yoga, as Yoga contains the practical methods to realize in direct experience the truths of Sankhya philosophy (below). 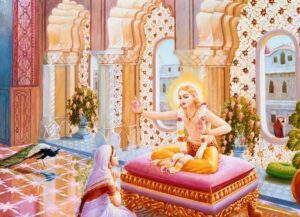 Framework of manifestation: SANKHYA philosophy offers a framework for all the levels of manifestation, from the subtlest to the grossest. Sankhya comes from samyag akhyate, which literally means that which explains the whole. Sankhya deals with prakriti (matter), purusha (consciousness), buddhi or mahat (intelligence), ahamkara (I-am-ness), three gunas (elements of stability, activity, and lightness), mind (manas), cognitive and active senses (indriyas), and the five subtle and gross elements (earth, water, fire, air, and space). In light of its breadth, it contains all of the domains of Vaisheshika, Nyaya, and Mimasa, which are described below.

Contemplative self-inquiry: Vedanta philosophy and practice provides contemplative methods of self-inquiry leading to the realization of one’s true nature, that which is not subject to death, decay, or decomposition. A major key of these practices is contemplation on the Mahavakyas. The teachings of Vedanta are best captured in the books of the Upanishads. The text, Vivekachudamini (Crest Jewel of Discrimination) by Adi Shankaracharya is an excellent source, and is available in English translation.

Physical sciences: The Vaisheshika system was developed by Prashastapada and emphasizes the physical sciences such as chemistry. It includes exploring the elements of earth, water, fire, air and space, as well as time, mind and soul. 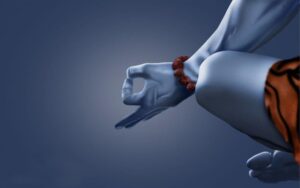 Reasoning: The Nyaya system was founded by the ancient sage Gautama, and deals with logic, the process of reasoning. Doubt is considered a prerequisite for philosophical inquiry. Other systems of Indian philosophy draw on this process. 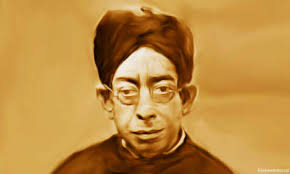 Mantra, the Brain, and Words.

We are citizen of two Worlds.