Raja Yoga usually refers to the system of yoga that is described in the Yoga Sutras of Sage Patanjali. In this ancient text Sage Patanjali describes eight stages of yoga which are known collectively as Raja Yoga.

Raja Yoga is a comprehensive yoga system which deals with the refinement of human behaviour and personality through the practice of the yamas (restraint) and niyamas (disciplines); attainment of physical health and vitality through asanas (postures) and pranayamas (pranic breathing techniques); management of mental and emotional conflicts and development of awareness and concentration through pratyahara (sensory withdrawal) and dharana (concentration); and developing the creative aspect of consciousness for transcendental awareness through dhyana (meditation) and samadhi (absorption in the universal identity). 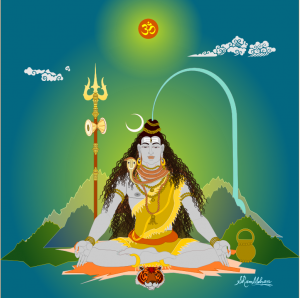