Nirvikalpa Samadhi – Final Step on the Path of Yoga – 108 House

Samadhi is a state of spiritual consciousness. This state can be roughly described with words like joy, peace, and bliss. This is by no means an inert state of a mummy or fossil, as some people far from spirituality think. This is the experience of reality as it is, in complete unity and integrity.

In Samadhi, the gap between the viewer and the visible ceases to exist: this is yoga. Vedic knowledge says that this state of consciousness is indescribable and to understand it you have to experience samadhi yourself. The difference between sleep and samadhi is that when a person comes out of samadhi, he has transcendental wisdom.

Samadhi is the last step in the path of Ashtanga yoga (Yoga Sutra of Patanjali) . This is a special contemplation, in which the idea of one’s own personality disappears. It is achieved with long-term meditation, as a result of which the individual consciousness merges with the absolute.

Also known as Asamprajnata Samadhi, it is the highest state of samadhi, in which super consciousness is manifested. The other stages of Samadhi allow for immersion in bliss but do not completely break the connection between the subjective and the objective. Rather, they are preparatory stages for enlightenment. However, in Nirikalpa Samadhi, all processes of understanding stop, and the temporal, causal, and spatial structure ceases to exist. It is believed that in this state the unification of the subject and the Cosmic Consciousness takes place.

The practitioner (yogi) completely merged with the Absolute, his consciousness ceases to be separate from the Supreme. The absolute and the yogi become one. This is truly the state when a person discovers the Atman in himself. He not only understood this but also realize and manifest the Atman, while still being in the physical body. 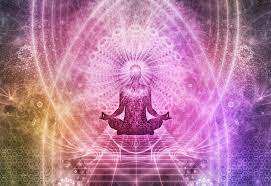 What is Nirvikalpa Samadhi?

From the word itself we can understand that there is an end to the movement of thoughts. Instead of vikalpa comes nirvikalpa, which is characterized by a complete absence of thoughts, Sunya, divine, Nothing, complete union with the Absolute, when inner and outer thoughts are stopped. This is the state of delight, which in Yoga is called Ananda, but it is not identical with the delight that we already know in the earthly life. This is a completely new type of spiritual ecstasy that cannot be expressed in words.

The state of Nirvikalpa Samadhi itself can be even less expressed through the means of verbal communication. Although to somehow present this state to the reader as at the same time a spiritual and philosophical concept, we have no other means, except for the use of words. But in general, none of the states of samadhi can be fully conveyed by building a chain of verbal logical discourse. This is the state that can be understood and realized only in the process of direct living, through the experience of being in samadhi.

When immersed in Nirvikalpa Samadhi, absolutely all thoughts disappear in a person, and his consciousness becomes crystal clear. However, to achieve such a state is given only to a few – to those who gave all their energy and all their strength, and also refused a lot to achieve this result. Being in Nirvikalpa Samadhi, a person feels that his heart has become truly boundless.

A yogi is capable of staying in this state for several hours to several days. When he returns to the physical world, he may even forget who he is, and performing his usual daily duties will cause him quite great difficulties. However, after a while, the state of mind returns to normal and the person can continue to live a worldly life. However, with continued practice, over time one will be able to come down from Nirvikalpa Samadhi and immediately return to normal functioning.

In the distant past, some spiritual masters attained Nirvikalpa Samadhi and never came down. They remained in their highest samadhi and found it impossible to re-enter the atmosphere of the world and work like ordinary people. While one is in that state of consciousness one cannot work in the world; it’s just impossible.

When one enters Nirvikalpa samadhi, one usually does not want to come back into the world. If you stay there for eighteen or twenty-one days, there is a good chance the soul will leave your body. But there is divine providence. If the Supreme [God] wants a certain soul to work here on earth, then even after twenty-one or twenty-two days the Supreme takes that person into another channel of dynamic divine consciousness and lets him return to the earthly plane to be there to act. 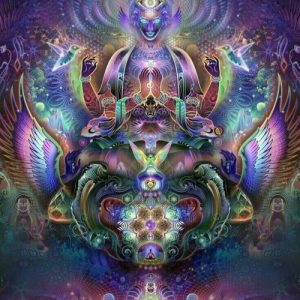 There are two types of Nirvikalpa Samadhi:

Underlying all of these names and forms is a living, universal force or intelligence that is without form. Meditating on them is an elementary method of meditation without forms, which will lead to the experience of absolute knowledge without attributes (nirguna), to God without form (nirakara).

How to achieve Nirvikalpa Samadhi?

Sit in the lotus position (Padmasana) and concentrate on the one form of energy, it can be Air, Fire, Krishna, Shiva, Shakti, Sun, Moon, Guru, etc. This is known as Dharana, when you continue this practice for many hours or days, you enter into a “Dhyana”, which is Meditation. In this way, you will experience the nameless and formless Brahman, the one living truth.

With all these methods, the concentrated consciousness no longer knows any thought of certain forms, but slowly begins to sink into the sea of peace, to free itself from its various forms of content and to become more subtle.