The practices of Kriya Yoga were propagated by Sri Swami Satyananda Saraswati from secret teachings described in the Yoga and Tantra Shastras. The kriyas, as taught by Satyananda Yoga, are one of only two systems of Kriya Yoga recognized the world over, the other being that of Paramahamsa Yogananda.

The word kriya means ‘activity’ or ‘movement’ and refers to the activity or movement of consciousness. Kriya also refers to a type of practical or preliminary practice leading to total union, the final result of practice. Kriya Yoga does not curb mental fluctuations but purposely creates activity and awakening in consciousness. In this way all faculties are harmonised and flower into their fullest potential.

Kriya Yoga originated in antiquity and evolved over time through practice and experience. The full form of Kriya Yoga consists of over 70 kriyas out of which only 20 or so are commonly known. 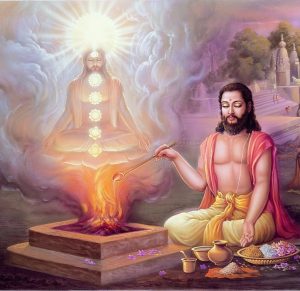