18. When a very well controlled mind remains stable in the Self alone, detached from all desires, then one is called joined in yoga.
19. As a lamp in a place without breeze does not tremble-this is the simile of a yogi whose mind is controlled practicing the yoga of the Self.
20. Where the mind ceases, withdrawn through the observance of yoga, where one sees the self in the Self, one is satiated in the Self. In yoga sadhana, samyama (self-discipline) is important. In fact, it is the very means for the renunciate to attain Brahman, for the yogi to attain Samadhi, and for the man of action to perform his duty skillfully and selflessly. Non-attachment is part of the discipline. We have already explained that non-attachment and discipline should be properly understood. Discipline should not be seen as a punishment or as something imposed by teachers, and non-attachment should not be viewed as implying indifference, carelessness, or lack of love for others. Those who are not able to practice discipline cannot foresee its positive effects; they feel that discipline is not necessary. For fear of losing their little joys, they do not want to discipline themselves. So is the case with people who are attached to objects and human relationships because they use all these as crutches and as means to satisfy their sense gratifications. Such people misunderstand non-attachment. Non-attachment brings about the love divine, and it opens new horizons, which helps one understand that higher joys can be obtained in life.

No one in this world is satisfied. Everyone understands that and accepts it as a fact of life. But most people are afraid of the unknown and do not search for something higher. The ordinary person is not sure that the search for the unknown will give him something higher than what he has already. He is not happy as he is and yet is afraid of searching in the unknown. Dissatisfaction and fear are two great enemies of the human being; they create a great barrier in the process of unfoldment. The ordinary human being remains clinging to his dissatisfaction, not knowing anything better. But if he would begin to discipline himself and develop non-attachment, he would quickly begin to find something far better than what he leaves behind.

When the roving mind of the aspirant is brought back from its dissipated nature to a center of focus by meditative practices, when his mind becomes steady and one-pointed, and when he does not long for worldly desires, he is called a yogi. It is necessary to explain what is meant by the object or center of focus for the mind. Every person has his own mind that differs from the nature of other minds. The capacity for perceiving and conceptualizing differs in both degree and quality. The object that is recommended to the student as a point of focus during meditation is therefore a delicate matter. If the object is disagreeable to the student, he cannot practice. He begins fighting within himself instead of letting go. There are already innumerable objects in the mind, for the mind itself manufactures numerous objects and expresses them through symbols, ideas, fantasies, hallucinations, and dreams. The question arises: How will adding one more object to the mind be helpful? Verse 19 tells us that the object of meditation should not be anything but Atman, the pure Self. All of the objects created by the mind are partial and incomplete. But this object of meditation is all-encompassing and is the source of all other objects. That brings another question: how can one have as an object for his meditation something abstract, timeless, infinite, and eternal? To answer this question it is necessary to distinguish between concentration and meditation, which are two different states and experiences on the inner path.

There is no meditation in concentration, but there is already concentration in meditation. Many teachers these days think meditation can be attained without concentration. That ignorant idea is misleading. The mind as it is in its ordinary nature remains in a dissipated state. Without gathering together and concentrating the energy of the mind, the deeper state of meditation is not possible. The student who practices sitting in a quiet and calm place even for a short time can experience a bit of unusual joy, though he is not able to experience the deep joy of the meditative state. Why should one be afraid of concentration? Some say that concentration of mind can bring strain and stress and thus should not be practiced. They even say that discipline is not needed, and they create simplified methods and call them meditation. Such teachings appear to make difficult sadhana easy, but these easy methods do not lead one to the higher dimensions of life. 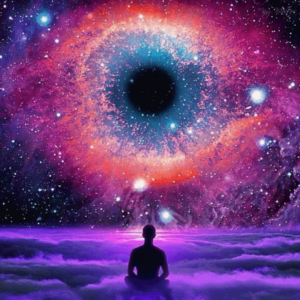 For concentrating the mind, one needs something concrete: a form, image, or symbol that carries some meaning. Abstract thought can lead one to the contemplative state but not to a concentrated state of mind. Prescribing an object for the concentration of mind requires a skilled teacher. The best concentration is achieved when the student mentally centers his mind on the flow of breath. It is easy for the mind to become concentrates if the breath is the focal point. That has many benefits. First the mind and breath, which are closely linked together, begin functioning in a coordinated way. When concentration is absent, the cooperation remains unconscious; it requires effort to establish coordination on a conscious level. Second, when the student concentrates on the breath, he is able to discover the defects in his breathing and becomes mentally aware of breathing patterns that need to be changes, such as jerky, noisy breathing or habits of inhaling shallowly or creating a pause between inhalation and exhalation. These bad habits are the sources of many physical imbalances and illnesses that cannot be treated with medicine.

In most great meditative traditions of the world, the breath is the center for focusing the mind. Only those teachers who do not have direct experience with the path of meditation and who have lost the sensitivity for the well being of their students prescribe a gross object as a focal point. With the breath as an object, the student is first led toward concentration, which gradually becomes more subtle. Following this fine thread of breath, he attains inwardness. The mind then acquires the capacity of subtlety, and one develops a penetrating sense of internal observation.

Concentration and meditation should ultimately lead on to Atman alone. One-pointedness of mind is an important requisite to help one accomplish that. When one learns to concentrate on the breath and removes all the defects that he finds in this breathing pattern, he tries to understand who it is that is inhaling and exhaling. There are traditions that believe in the coordination of mantra with the breath at this stage. Mantra is a Sanskrit word, sound, syllable, or sets of words. It is a means to remove all the impurities of mind. There are a few mantras what are used while inhaling and exhaling that do not disturb the flow of breath. The sadhaka reaches a point in his practice where he not only breathes the air but constantly remembers the mantra with each inhalation and exhalation. That leads the mind to constant awareness of the mantra. When the consciousness of the mantra is deepened, the mantra is able to guide the mind in the inner world.

The student is then taught to be aware of the inner light that already burns without flickering. When the mind experiences that light, it elevates itself to a state of joy that it did not experience before. That light which is within us is the finest and best form upon which to meditate. Without that light we would not be able to see, observe, verify, and discriminate anything in the external world. It is the light of consciousness that is experienced in the concentrated form. The mind then begins to see clearly; it is no longer clouded. Then the light of consciousness and mantra become one, because at that stage the mantra is not actually remembered, but its meaning and feeling are revealed. At first one remembers and repeats the mantra in a gross way, but gradually it is experienced in a more subtle way. When one develops the feeling of constant awareness of the mantra, it unites with the mainstream of consciousness where light and sound are inseparably mingled. That is a perfect state of concentration. One has then attained profound control of the mind, and he experiences a constant closeness and union with the Self-illumined Atman. When the sadhaka has mastered the art of concentration, his mind is fixed on the Self only. The mind of an ordinary person is dissipated, disturbed, and fickle, but the mind of the sadhaka attains steadiness. Such a sadhaka has mastered and controlled the usual flow of mental energy that goes out to the external world. From the very beginning the object of concentration must be carefully chosen. At first it should be the breath and later breath with mantra well coordinated and united. In a higher stage sound and light are united, and in the highest state pure Consciousness alone exists. 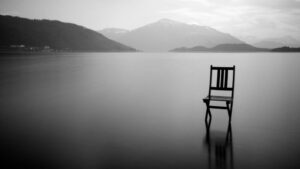 Meditation is an inward process of therapy; it is able to remove all the impurities and weaknesses that are responsible for creating disorder and illness. Meditational therapy is quite different from hypnosis. In a hypnotic state, instead of having a direct experience of the unknown dimensions of life, one is influenced by suggestions from someone outside or by self-suggestion. Therapy based on hypnosis is an unguided method, for the therapist and client do not know what they will encounter next. They are being guided by their conscious and unconscious minds but not by the light of consciousness. Many times in such cases, the therapist loses touch with the client, and the client with his consciousness. Many terrifying experiences may come from the unconscious of the client when the hypnotist is not able to maintain control over the hypnotic session. That form of therapy goes only so far. The great therapists of the past had to abandon that method, although lately hypnosis has been developed further and used successfully in certain cases. But those who practice hypnosis can never develop a profound training program that independently leads one to the source of knowledge and light. By contrast, on the path of meditation one is lead to Self-realization.

The Essence of Spiritual Life

Energy of Consciousness in the Human Personality.