When one speaks of India an operation is implicit, as in, the entire Indian vastness – physical, ethnic, spiritual – is reabsorbed by the encounter with a particular path of illumination; that is Yoga. On the subject of silence, I am obviously not referring only to the absence of words, to the silence imposed culturally in less advanced societies, or to the modalities of political repression, but to that silence which represents the apex of the inner journey, to the absence of speech that it is stillness of the mind. Sooner or later there comes a time when the experience of yoga coincides with the realization of silence, and by yoga we mean that particular way of the spirit that passes through the body and mind.

One might be surprised to notice the transformations and misrepresentations that yoga has encountered through the West and its obsessions. Just scroll through the pages of the newspapers to get an idea of what the so-called MARKET offers: from pure yoga, physical exercise, acrobatic, hanging upside down, to yoga intersected with pilates, qigong, postural gymnastics. Between absurd inventions and various fantasies, the world yoga championships even seem to hesitate. Between one podium and another someone thought to ask for the admission of yoga to the next Olympics. Then there is the case of the yoga nidra – technique for entering the spiritual center of the heart – used by the American army to prepare the perfect warrior, the one who is supposed to enter the center of the heart of others with a bullet of spiritual caliber … 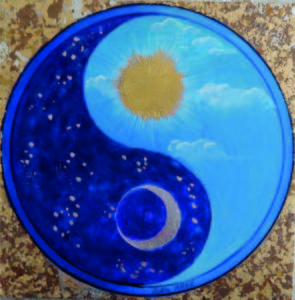 In short, yoga looks like a rather tangled skein that escapes any unraveling operation. It is difficult even to attempt a precise definition, an undertaking that inevitably lies within a territory with labile boundaries, populated by slippery nouns such as “spirit”, self-realization “,” lighting “. Of course, we must see how widespread the trend is to trade the original yoga for one of its many by-products: fitness, acrobatics, stress control, control of the territories torn from the enemy. It may be said that too ambitious goals are not suitable for this century and these latitudes, and that more people should be brought closer to practice. But since a yoga room imposes a monthly rent, the payment of taxes, etc., the costs must be covered.

One may be satisfied with a yoga anchored to the body, and its physical aspect is enhanced. Even if you take a few steps beyond the body, towards the breath, you stop on the threshold of the mind. Commonly off the menu of the “Yoga in the West” restaurant is the journey towards a quiet and still spirit.  We have this inveterate tendency to disassemble things, reduce them into pieces and take the piece that suits us. It disturbs our thought patterns less. Thus a “merchant yoga” is born, which is when one practices in view of an advantage, of a spiritual or material power – even if very low. A merchant yoga is when you bring knowledge to the market to display it on the sale counter. You take an intimate thing and show it off. On the contrary, authenticity tends to hide, challenging loneliness and necessity. 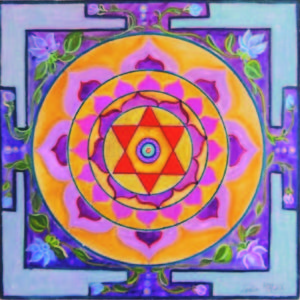 Moreover, the moment should come when you feel the weight of your body and consider all the energy and attention you need to keep it clean and keep it in good condition. The moment should come when you feel how the body tends to become a dense mass of material not suitable for reaching a state of serene contemplation, like a trunk that jumps in the current and then goes sideways, at the first bottleneck along the course. Because in yoga, a coordinated effort is made, from physical exercise to breathing discipline to the purification of the mind. It is not so much about developing muscle strength and joint flexibility as it is about accessing progressive levels of subtle energy, prana, and flexibility of the mind.

The body-mind complex is trained to make it suitable for travel, to cross the elbow in the river of existence, and finally to laugh at all the tragedies that involve us when we observe our mutation always in progress, and aging. Rather than accepting with a smile the announcement of perishability, we burst into tears, we sprinkle ourselves with creams, we resort to silicone, botox, scalpels … Yet we can even smile at illness and death. So we need authentic yoga, to live worthily every day of existence and die a little – quietly – with each passing moment. We must surrender to let this body as it drops a shawl, go beyond the veil of matter projecting beyond the rhythm of breath. 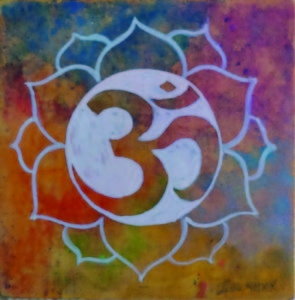 But where to find this authenticity? In India, perhaps? It could be a direction of research, if only to get closer to the origins of yoga, and yet remaining aware that Indian gurus also participated in the origin of the misrepresentation of the above in the attempt to make yoga to the middle western class palatable. Presenting a harsh, rigorous path causes the loss of potential adepts. On the other hand, referring to risky relationship models (such as the master-disciple one) can easily generate misunderstandings and manipulations. So, to fill the ashrams it is better to graciously face the tepid aspirations to holiness of the white man, serving a mix of moderate spicy spirituality, physical  exercise and sprinkling of good philosophy to revive existential disputes while waiting for the subway.

Then silence comes, it was said. And here I do not intend to argue that in order to experiment silence one must go to India, nor that India is a particularly silent country; on the contrary, the subcontinent seems to have the foundations on a platform full of sounds and noises. And you can breathe a curious state of alternation, so that behind a corner of supreme tranquility a chasm of noise opens up. The Indians themselves are able to suddenly switch from a grave silence to a Mediterranean blatantness, and in an instant return to the starting point. Yet at every turn of the chaotic road, at every rickshaw that trudges dismounted in traffic, at every spiced tea dripping from a burned steel glass, new perspectives are contemplated that only there could open up. India can be a place so desolate as to generate repulsion, but it can represent an authentic epiphany of the spirit for those who still seek along the earthly paths the signal of a diversity that transcends and elevates. It happens because in India as in every place there are two versions, one visible and one invisible. Except that every image of India is crossed by fierce and unequaled contrasts, because earthly India seems in antithesis with every idea of the spirit, while the India of the spirit appears to be the most noble conceivable on this earth.