What is Real and Not-Real?

Student posed a question “What is real and what is not real? How do you decide their status?” 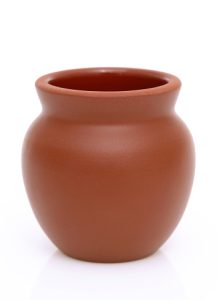 In the world, entropy is the rule. Change is the constant.

People, emotions, objects, and living things… with or without our knowing… every moment they change.

How do we decide what is real? Which phase is real? Is it the one nanosecond before, or the microsecond later?

Real then is that which exists without change… untouched by time or space… without depending on another for its existence.

Real remains the same… immutable and unmoving… across the three periods of time, being the past, present and future. And remains the same across spatial locations… here, there or anywhere.

Conforming to these conditions, real means there can be just One. Real is ever the Subject. Never an object.

It is the ONLY Real, (see article sat chit ananda)… it is Limitless Existence Consciousness.

Students objection: ‘The world is not real according to you. I ask you, ‘Am I to believe the world I experience and feel… is not real by your definition?”

No, the world is not unreal. We can see, touch and feel things around us.

We interact with people. Feel a variety of emotions. Use various objects to achieve our many ends.

In that sense we take the world as real. But it changes constantly… existing within time and space.

As I said before… how do I decide on the question of its reality?

Neither is it unreal like a leprechaun. Nor non-existent like a man whose mother is not yet born, or a square-circle.

We have to place it somewhere in between.

Neither real nor unreal… yet useful in a world of transaction. It is difficult to categorise this magic-like existence.

In Vedānta, it’s called mithyā, dependent-real… since it draws its being from another already existing Reality.

Like pot derives its existence from already existing clay. Pot is inseparable and dependent. Pot is not other than the clay. Nor is pot different from clay, it’s cause.

Weight, touch, and feel of pot is the same as that of clay.

Pot has no existence of its own… without the material it is made from.

Thus Dependent-real, mithyā… is the term we assign to pot.

A shirt provides another example…

What we call a shirt is form (rūpa),name (nāma) and function… depending for its existence on the material it is made from.

Where shirt is concerned… cloth is the real (satyam)…. and shirt is mithyā, dependent-real.

Reducing the cloth to its material… yarn is the real (satyam), and cloth a dependent-real (mithyā).

Where yarn is concerned… fibre is the real (satyam). And yarn is mithyā, dependent-real.

For the fibre… molecule is the real (satyam). And fibre is mithyā, dependent-real.

Where then is shirt?

There really is no shirt. It is form, name, and function… for even as we question, it defies definition.

There is only one real… Limitless Existence Consciousness (satcitānanda). The rest… including the entire world… exist depending on it.

They are objects, dependent-reals… requiring a conscious Subject to bring them to light.

We can see, touch and use them. Useful in the world of transaction.

They are empirically real (vyāvahārika)… existing within a time frame… within space… limited in both ways.

All that we see around us… our body and mind included… fall into this category of mithyā, dependent-reals… working within their order of reality.

All is One? But I See Many. Cause and Effect.

Who Is the Detached Observer?